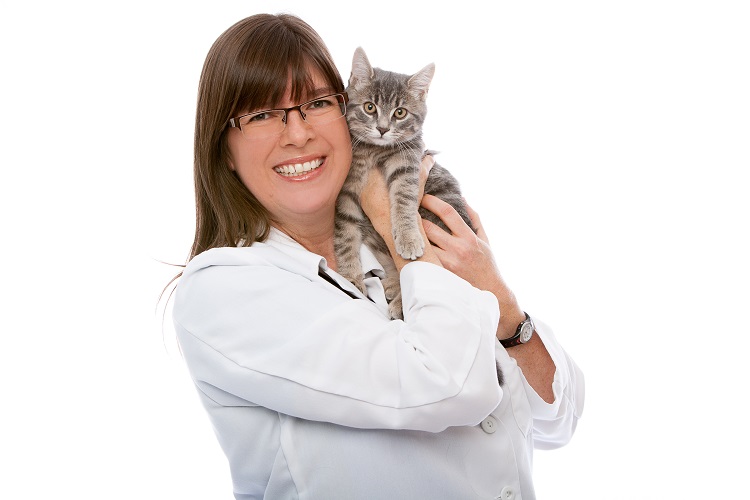 I grew up heavily influenced by the world of veterinary medicine as my father was a veterinarian /veterinary pathologist. I did try other occupations. In my twenties I was a biologist researching global warming issues. My work took me to the far reaches of Canada (Yukon; Northwest Territories; Churchill, Manitoba; and the Rocky Mountains in Alberta and British Columbia) as well as internationally (Rainforest Research in Guadeloupe). I then became a Radiation Safety Officer for the University of Northern British Columbia, in Prince George, B.C. for its first 5 years. At this time I began to realize that I was missing my calling.

I began volunteering for veterinarians in British Columbia and re-affirmed my love for veterinary medicine. I received my degree from the Western College of Veterinary Medicine (WCVM), in Saskatoon, Saskatchewan and thoroughly enjoyed every minute of my education there. Before I finished my degree, a friend of the family found a human gastroscope that was no longer being used at their local human hospital and wondered if I was interested in trying it in animals. Thus began my love of everything endoscopic.

I started specializing in endoscopy prior to graduating from WCVM. I returned to Ontario and practiced large and small animal medicine in the Beamsville/ Smithville area in 2003 as my family still resides in Ontario and I wished to be closer to them after 10 years away. When the Lincoln Animal Clinic sold its large animal practice, I began to practice strictly small animal medicine at both Smithville and Beamsville Animal Hospitals. I then specialized further in endoscopy and set up an endoscopy referral practice for the Niagara Region at Beamsville Animal Hospital.

Currently I reside in Beamsville with my wonderful husband, much-loved son, new puppy Penny Bee and our 3 cats Suki, M and Stevie Nix. I am living my dream every day and am humbly thankful. One couldn’t ask to work with a better team of people nor better clients and patients.